A new Monarch on the throne

With great sadness, we all have received the news of Her Majesty’s Queen Elisabeth II passing away in the early evening of September 8th, 2022. A more than 70 years long reign came to an unexpected prompt end. And the very second she closed her eyes forever, a new reign commenced as it is defined for almost 1,000 years. In this decisive second, The Prince of Wales was promoted to King as tradition wanted it.

Rumours about what kind of continuity is to be expected.

For a while, there was speculation about what continuity would look like in case the Queen resigns or might die. After the peak popularity of the Prince of Wales related to his marriage with Lady Diana Spencer and the widely known bombastic celebrations, the glamour disappeared quite soon. The fairytale expected by the public turned out not to be one. The legendary TV interview of Lady Di given to the BBC in 1995 shattered the monarchy and painted a picture of betrayal, emotional coldness and adultery on both sides. Only two years later, the tragedy of Paris brought the crisis to its peak. It wasn’t clear if the monarchy could survive as the Queen had to reconsider her first plans on how to deal with the situation of Lady Di’s death, where the newly appointed Prime Minister Tony Blair played an important role. Finally, the Queen managed to stabilise public opinion and undertook steps to reinvent and restore the monarchy as the public saw it.

If you asked in these years if the Prince of Wales would be once King, hardly anyone would have agreed or wished this to happen, and Mrs Camilla Parker-Bowles, the Prince’s divorced girlfriend, was most likely the most hated woman on the globe. But time heals all wounds, and the steps undertaken lead the probably longest love story of our times to turn out in a happy end. The Prince of Wales was allowed to marry the woman who stood by his side in good and bad times since he was 20. On April 5th, 2005, their marriage took place in Windsor Guildhall, and it changed the Prince’s reception as he seemed to be relaxed, recovered, safe and secure. Parallel, the Royal household took care to reshape the image of Camilla, known as the Duchess of Cornwall from now on. All measures undertaken showed the expected effect and the reservations disappeared more and more.

Nevertheless, it was still being debated whether Prince Charles would be King. As such, he would be the head of the Church of England. As the church considers marriage indissoluble, some raised the question of whether marriage with a divorcee is appropriate. In the Prince’s situation, he was free to marry as Lady Di had died tragically, and the death represents the theological end of a marriage. But the Duchess‘ former husband, Mr Andrew Parker-Bowles, is alive, so she was not considered free to marry. There appeared opinions that the Prince might have accepted not being King in exchange for the permission to marry Camilla because he declared his relation to her not for discussion. Therefore, some people expected him to hand over the crown to his son William, the Duke of Cambridge. He and his wife, Catherine Duchess of Cambridge, are highly popular and paint a picture of a close relationship and strong bond between them and their three children. The perfect Royal couple in an age where they might manage well to be King and Queen Consort.

Others argued that Charles, promoted to Prince of Wales at the age of 20, has waited for the chance to take over for more than 50 years and would never refuse to take responsibility. And those opinions should prove to be the correct ones.

Continuity is made clear immediately.

An official statement was published only a few hours after Queen Elizabeth’s passing. It announced that the former Prince of Wales would be King Charles III. By then, it was clear to everybody that he had taken over responsibility. Only two days later, King Charles III addressed his nations as their Sovereign for the first time and gave them the confidence they needed. He mentioned his mother’s promise by saying, „In 1947, on her 21st birthday, she pledged in a broadcast from Cape Town to the Commonwealth to devote her life, whether it be short or long, to the service of her peoples… As the Queen did with such unswerving devotion, I too now solemnly pledge myself, throughout the remaining time God grants me, to uphold the constitutional principles at the heart of our nation.“

After expressing his appreciation for his „Darling wife,“ he created his son William and daughter-in-law Catherine to Prince and Princess of Wales. He announced that, as they take over the role as Duke and Duchess of Cornwall, he hands over the responsibility for the extensive activities he has initialised in the Duchy.

Doing so gave a great statement of what continuity means and how the constitution secures this. He proved with immediate effect that stability is not only a quality of a person, as it was the Queen but also of the institution of the monarchy itself.

What to expect from King Charles III?

His Majesty the King is most likely the best-prepared Monarch ever to ascend the throne, as he had the opportunity to watch and learn from the Queen over decades and develop his own qualities whilst going through numerous difficult situations and turmoil. As we all may have experienced in our own lives, the difficulties we face and the mistakes we make shaping our personalities make us more valuable. Therefore, he will be a brilliant King and strive for the best for his country and the nations of the Commonwealth.

By doing so, he is well aware that his position changed dramatically when he became King – an aspect he also explicitly mentioned in his first address to the nation. He is known for having opinions and views which he publicly expressed in the past. He knows this option no longer exists as he is obliged to political neutrality.

But this does not mean he is unwilling to influence how the world is turning – just as his mother understood her duty. She used various opportunities the Monarch had at hand to control events and policies for the good of the country and its people. She was not hiding behind her officially limited opportunities to shape the future but did her utmost to find ways to be a vital and highly influential factor in people’s everyday lives. This is the example his mother gave, and there is no reason to believe that he sees this differently or that he may act differently, although he will have to find his own way of shaping his reign.

I wish King Charles III all the very best for his reign, as it is a huge responsibility to take over. The United Kingdom finds itself in a difficult situation – amid the midst of Brexit, Corona, the Ukraine war and the energy crisis‘ impact and a newly appointed Prime Minister and government which need to settle. The controversial positions of Conservatives and Labours, of English, Irish, Scottish and Welsh on a number of topics dividing the society and the Sovereign’s role has the power to overcome the disunion.

May we all allow the new King some time to find his own way to shape his reign. We were used to a monarch with 70 years of experience on the throne – he is now in his first year, and we all should consider this. 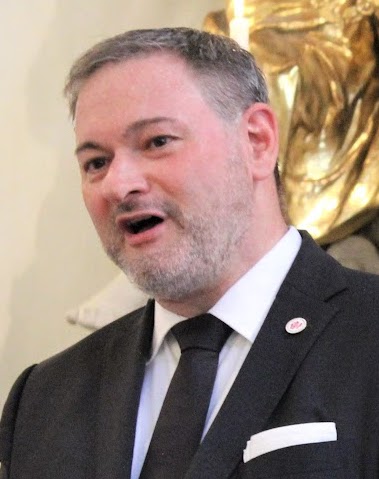