“We all have seen better days”

Russian paranoia that the West wishes to destroy, or at least weaken it, had a striking paragon at the beginning of the eighties of the 20th century.

The the latter half of 1983, East and West seemed to be heading into armed and perhaps terminal conflict, propelled by a potentially lethal combination of Reaganite rhetoric and Soviet paranoia. Speaking to the Houses of Parliament, the American President promised to “leave Marxism Leninism on the ash heap of history”. The US military build up continued apace, accompanied by a range of Psyops (psychological operations), including penetrations into Soviet airspace and clandestine naval operations, demonstrating how close NATO could get to Russian military bases.

These were designed to stoke Russian anxiety and resulted in the bombardment of KGB stations in the West to find evidence that the US and NATO were preparing a surprise nuclear attack.

Soviet leadership was genuinely fearful, braced for combat, and panicky enough to believe that its survival might depend on pre-emptive action, a situation that grew dramatically worse, following the tragic accident where Korean Air Lines 747 had inadvertently strayed into Soviet airspace, was shot down by a Soviet interceptor aircraft.

Moscow initially denied any role in the shoot-down, but then claimed the airliner was a spy-plane that had violated Soviet airspace in a deliberate provocation by the US. Reagan condemned the “Korean airline massacre” as an “act of barbarism and brutality”. Moscow, in turn, interpreted Western anger over KAL 007 as manufactured moral hysteria, preparatory to an attack. KGB chief, Juri Andropov lashed out at what he called America’s “outrageous military psychosis”.

What does all that show to us: Under the pressure of escalating tension and mutual incomprehension, an ordinary tragedy has exacerbated and extraordinary dangerous political situation. Into this stew of ferocious mistrust, misunderstanding and aggression came an event that took the Cold War to the brink of actual war.

God forbid that these incidents of the latter years of the last century could become true in the present circumstances.

We are looking forward to receiving your comments! 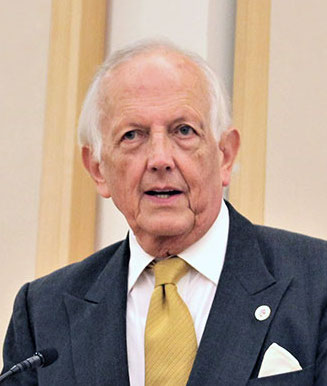