„What did they say to each other?“ Let’s get a lip reader bringing light into the dark – let’s make public what has been called „private“ in previous times. Which text messages have been written from a politician to his friend of the same party? And what was the reply? „Amazing, incredible, disgusting what information they exchange…“ Let’s make public what has been called „privacy of correspondence“ in previous times. Does privacy exist at all anymore? If not, is there no need for it in our times? Is the behaviour of the Yellow Press just a mirror of our society as a whole, which has become somehow „exhibitionistic“ through the last decades? And let’s bring it down to earth to our own behaviour by asking: Do we value the privacy of others and our own as we probably should? Or don’t we even care?

The change of privacy loss to the next levels

We could argue that there have always been spies to get knowledge about things hidden in the dark. A myriad of highly successful films has been produced around agents and spies – it seems that this genre has always been especially appealing for the broad public. Intelligence Services aim to get to know the unknown about another party – but without letting them know that their information is now in possession of others as well. Let’s put it this way: When talking about Intelligence Services, we speak about professionals acting unheard and unseen. And then came Julian Assange…

Julian Paul Assange is an Australian editor and publisher who founded WikiLeaks in 2006. In 2010 the platform published a series of leaks, including the Baghdad airstrike „Collateral Murder“ video and Afghanistan and Iraq war logs. A few years later, a certain Edward Snowden copied and leaked highly classified information from the NSA in 2013 when he was a CIA employee. All of a sudden global surveillance programmes, cooperations with telecommunication companies to screen phone calls and emails and much more became publicly known and fired up a discussion about the right of governments to investigate and collect private data from fostering national security versus the right of individual privacy.

With the rise and ever-increasing importance of social media, which started around the same time as Assange appeared on the stage, the broad public – each one of us – got the opportunity to be a Julian Assange or an Edward Snowden to publish content about others, their behaviour and about our own life – what we and others do and experience, our and other people’s happy and bad moments, what we and others eat and drink and what our life is all about. This changed the game considerably, as it „democratised“ the right to information about everything. The „AGFA“ companies (Amazon, Google, Facebook, Apple) are since then in possession of the so-called „New Gold“– of an incredibly valuable unbelievable amount of private data. And they know how to make money out of it as the latest turnover and profit press releases – published this week – confirm. Covid19 even boosted their data-related business.

In the late 2010s, various governments worldwide came under pressure to formulate an official opinion and what they mean for national and personal security and privacy. For the European Union, the result was the establishment of the GDPR (General Data Protection Regulation) in 2018 with which – for the first time ever – awareness has been generated that personal data belongs to the individual concerned, who therefore has the right to decide upon its usage – if it should be saved, stored, amended, used in a specified way or to give notice if he wishes his data to be deleted from specified systems. But at the same time, the publicly available data on individuals increased – as was to be expected – in line with the increasing digitalisation of our lives.

Terror attacks enhanced the issue: If there is such a lot of data available, why have Intelligence Services and the Police failed to prevent attacks? Public opinion diverged into two separated groups: Those fighting for protecting individual privacy and others convinced that more surveillance and data collection analysis is required to keep up with current challenges endangering national and personal security.

What all this means for public figures

All these developments have a notable impact on public figures. Highly qualified persons refrain from taking over political positions, as they don’t want to be in the spotlight 24/7 where every smile and gesture is posted, analysed and commented on. Others in this field can’t cope with the pressure and suffer from mental and physical health problems. For instance, new members of the Royal family experienced what burden publicity can be.

The icon among all of them is Lady Diana. But could you imagine what she might have to cope with in our times? Her publicity was challenging to handle for her, but today in a world of social media, the attention would be extraordinarily more significant and much more challenging to handle. This thought might also explain what it requires and what an achievement it is for today’s public figures to keep a clean image, e.g. for The Duchess of Cambridge.

Make up your mind!

But where is the borderline between publicity and privacy? What is too much? Is a lip reader to find out what the two Royal brothers talked about after their grandfather’s funeral unacceptable? But should it be rated as inappropriate if hundreds of thousands of people buying the newspaper writing about it?

All this leads us to the critical question: How much value and acceptance of privacy is needed for a society to be called a healthy one, and at what level do we rate our society as weird and mad? What is our contribution to make our society a healthy one when it comes to the question as to how privacy should be handled?

We all need places where we can be private, where we can be just for ourselves, where no spotlight is on. Each of us is asked to evaluate individually which level of privacy our souls require to stay healthy. Privacy is a precious good, and people fought for it for a good reason. So, let us pause for a few moments to think about it as it determines the world in which we live. We are all architects of the world we live in, and we are all contributing to create our society through the way we act. 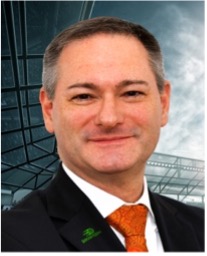 Jochen Ressel is a Board Member of the Austro-British Society. He worked for several years for a UK company and its HQ in London. Currently, he holds the position as COO of SoccerCoin, a FinTech company active in the field of sports.