How diplomacy saved a zoo director’s job in Africa

State visit of the President of Kenia, Arap Moi to Austria at the beginning of the nineties. His host was Kurt Waldheim, at that time Federal President of Austria.

Official talks at the Bundeskanzleramt, Grosser Kongress Saal. I, as Director of the department for the Middle East and Africa sat at the left side of Waldheim.The talks went well and at the end, when Kurt Waldheim was about to rise, Arap Moi gestured him to remain for another minute. The President of Kenia said with a solemn tone in his voice:

„Dear Kurt Waldheim, since I have great respect for the Austrian people – and especially for yourself – I have decided to present you with a very special gift: I will send an elephant bull from our zoo in Nairobi for your zoo in Vienna.“

I immediately wispered in Waldheim’s ear „I hope, it will not be a ‘white elephant’ „. Waldheim did not at that moment seem to understand or appreciate this „warning“ from my side. The Federal President of Austria profusely thanked the President of Kenia for this most generous gesture and the Kenian Party departed a short while thereafter.

As life plays like this, weeks and months went on and there was no sign of the elephant bull from Nairobi. The Federal Presidency slowly grew impatient and instructed me to ascertain from our Ambassador in Nairobi how things stood… I did so and to my surprise my colleague already called back the next day reporting that he had just talked to the director of the zoo and reminded him of the gift which of his President had offered during his state visit in Vienna some month ago.

Our Ambassador in Nairobi said on the phone: „When talking to the zoo director, I felt the exasperation in his voice. The man exclaimed `I am desperate, I can’t do that – despite the offer of my president. I have got only  o n e  elephant bull in my zoo left and when I am forced to give it away, I can better close down my zoo altogether – on the other hand, if I don’t oblige, I will probably loose my job…“

My colleague promised the good man to dutifully report his predicament to the authorities in Vienna – perhaps a solution could be found. I myself had sympathy with the zoo direcor and, in reporting the case to the Federal Presidency, I suggested to Kurt Waldheim to send a personal letter to Arap Moi, in which he expressed his deep gratitude for the generous gift, but he had been informed by the Vienna’s zoo in Schönbrunn that they were not in a position to house another elephant. 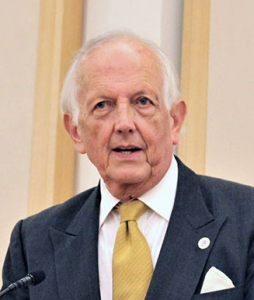