By Colin A. Munro

Elizabeth’s broadcast in 1947 at the end of a royal tour of South Africa, on the occasion of her 21st birthday – the age of majority in those days:

The great imperial family is long gone. But personal devotion to her duties as Head of the Commonwealth, an association devoted to friendship, loyalty, and desire for freedom and peace (as she put it in her Christmas day broadcast in 1953) is being reflected in tributes to the late Queen personally from all member states. In Ghana, the first African country to gain independence from the UK (in 1957), flags are flying at half-mast.

Her last Prime Minister, Liz Truss, has paid tribute to the late Queen as the rock on which the modern British state was built. Liz Truss was born in 1975, just over a hundred years after her first Prime Minister, Winston Churchill, who thought she was wonderful, the harbinger of a new Elizabethan age. When Queen Elizabeth I (of England) died in 1603 the Union of the Crowns of England and Scotland took place under James, son of Mary Queen of Scots.

The new age was indeed one of Queen Elizabeth’s devotion to the service of the British people, at a time when the UK was a declining power. Her ability not only to gain the respect of leaders from around the world, but also to connect with ordinary people, was the basis of her success.

“I have to be seen to be believed.”

Seen she was, beginning with her televised coronation in 1953. People liked what they saw, not only the pomp and circumstance which recalled imperial glory, and masked the UK’s decline, but also a lady who understood their everyday concerns. She evidently shared their interests, especially country pursuits, the idyll of rural England, horses, and dogs. Queen Victoria largely withdrew from public life after the death of her chronically ill, consort, Albert, at the age of 42 in 1861, 40 years before her own death. Elizabeth enjoyed the enormous advantage of a robust and wise consort in Prince Philip, the rock who sustained her until almost the end of her reign.

We tend to forget how stuffy and out of date the monarchy was in 1952. Debutantes were presented at court until 1958.  Press spokesmen gave out no information whatsoever.  Opening up the royal family to scrutiny by the media had mixed results. It was unavoidable however. The media never really succeeded in finding out what she actually thought about issues and personalities: an astonishing personal achievement. Moreover, as the recollections of Theresa May and Sir John Major have just confirmed, she was incredibly well informed, possessed of an acute sense of humour, and a retentive memory.

She became Queen aged 25: King Charles III is 73, a graduate of Cambridge university with well known views on a variety of subjects, some of them politically controversial. So, he will have to adopt a different style. But his seamless accession confirms the advantages of constitutional monarchy. King Charles III is now supreme governor of the Church of England, a title (supreme head on earth) assumed by Henry VIII in 1534 in his quarrel with the Pope.  In 2012 the late Queen said that the established Church of England was misunderstood. It had a duty to protect all faiths. King Charles III regards himself as the defender of faith in general. He will thus be in tune with the multicultural and multi ethnic country that the UK  became, during his mother’s illustrious reign.

We wish King Charles III wisdom and strength as he tackles the enormous challenges that lie ahead. 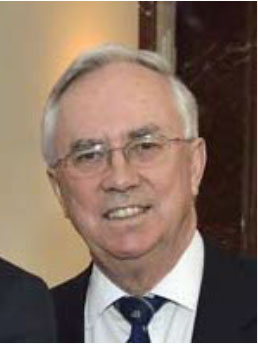