About H2O and C2H5OH

About H2O and C2H5OH

“Water, water everywhere and not a drop to drink”

That famous line is from “The Rime of the Ancient Mariner” by Samuel Taylor Coleridge from 1834. While the speaker is a sailor stranded at sea surrounded by saltwater but drinkable none, we may know it as an exclamation by a frustrated drinker lamenting the unfortunate fact of the absence of alcoholic beverages amongst an otherwise great abundance of water.

About Water and Ethanol

H2O, known as “Water”, is the basis of all life on this planet, and the human body consists of 70% of water. Strange, although we can’t exist without this stuff, we all become starry-eyed fixated, poetic, excited and friendly (sometimes plain anti-social) once it had changed into C2H5OH, “Ethanol”, better known as “Alcohol”, our standard booze. Did you know that “water” in Slavic Languages is “Voda”? Yes? Well, now you are learning something new: the diminutive, even pet-name, of “voda” as in drinking “a little water” is “Vodka”.

From Vodka, the “little water”, to Aqua Vitae, the Latin for “Water of Life”.

Water as the “Life Spender” becomes “Water of Life”: Aquavit or in Denmark “Akvavit”, where, at a murderous speed, it is being knocked back ice cold in a frosted glass before, during and after a

meal to the shouted command of (“skål”) “skol!” A refill occurs immediately, and so does the following “Skol!” Maybe, that’s the origin of the term “skullsplitter”? It certainly has, in the long run, this effect. As a matter of interest, in Austria, we have something similar to Akvavit: “Kümmelschnaps”, a distilled spirit with caraway.

“Uisce beatha”, literally “Water of Life”, is the name of whiskey in Irish. It derives from the Old Irish uisce (water) and bethu (life). The Scottish equivalent is “uisge beatha”.

The word “whiskey”, as spelt in Ireland and the United States, or “whisky”, which is the typical spelling in the rest of the world, is simply an anglicized version of this phrase, stemming from a mispronunciation of either uisce in Ireland or uisge in Scotland.

Dublin’s Whiskey Museum tells us that the different spelling began as a marketing decision, the extra “e” a late addition since it does not appear in the book “The Truth About Whisky”, published in 1879 by the four biggest Dublin distillers.

Reading everything about H2O and C2H5OH may cause you to reach either for the faucet for a healthy glass of water or your booze-cupboard. And if it is for the drinks cabinet, you are going to first, who can blame you in these days of the Corona Pandemic? Hard Times call for Hard Liquor but remember that technically you are not drinking alone if your kids are home. Slàinte Mhath! 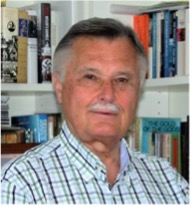