Relevance in question: The Olympic Games

As a sports Epeé fencer, a number of years ago, I decided to dive deeper into this fascinating sport than just having training multiple times per week – covering tactics, concentration, fencing technique, speed, muscularity and elasticity, whilst participating in numerous competitions over the season. I wanted to understand fencing in depth and hence signed up for the course to become a Federal Fencing Instructor. One of the subjects on the lesson plan was “Sports history” and its content was very much driven by the history of the Olympic Games. And this for a good reason, as in the sports world competing at the Olympics is still the very best you can achieve as an athlete – to win an Olympic medal counts much more than any World Championship. But it seems that the perception of the games in the public differs widely.

The public perception is driven by doubts on the honour of the Olympic movement. It seems as if the assignment of future Olympic cities is mainly driven by economic interest – or even a question of corruption, of which members of the Committee have been accused many times

The involvement of huge money underlines this impression. The required investment in sports venues and infrastructure has increased over the last decades and only economically powerful countries and cities have a chance to meet the requirements, whilst public sponsoring through corporations and companies is officially allowed in only a very limited manner. This means no logos on the athlete’s dresses, nor in the venues, but only in specific media formats.

To put it in numbers: The Tokyo Olympic event costs 12.6 billion Euros in total. The opening and closing ceremony alone are budgeted with 130 million Euros. The argument that the newly built top quality sports venues will remain to provide perfect training facilities for national athletes for the next decades seems not to be accepted by the public. According to the Japanese television station NHK, 32% of those surveyed voted for a cancellation of the games and another 31% of the respondents said the games should be postponed again, as the funds are urgently needed to fight against the impact and the economic consequences of the Covid19 crisis.

Where the lack of support becomes obvious

Taking all the above into consideration, it is understandable that governments and city administrations are reconsidering if they should apply to host the Olympics. Thus in July 2016, The Guardian stated that the biggest threat to the future of the Olympics is that very few cities want to host them. Bidding for the 2024 Summer Olympics also became a two-city race only, which made the International Olympic Committee take the unusual step of simultaneously awarding both applicants: the 2024 Games to Paris and the 2028 Games to Los Angeles.

The future of the Olympic Games

According to various sources, a number of changes are required if the Olympics are to remain as a relevant global sports event in the future. Most of the required changes are driven by the desires of the younger generations, who act and think very differently to their predecessors. These youngsters are driven by technology, fairness, transparency as well as ecological  and social responsibility. Hence, the Olympics must adapt their entire system.

Young people consume content – if interesting – when and where they want and as they find time to do so. An all day coverage of various sports is hardly homogenous with the needs of the new target groups who require the Olympics to provide new and multiple on-demand media channels. But to provide interesting content might also need a discussion what kind of sports should be part of future Olympic Games.

As a former Epeé fencer, I need to accept that sports like fencing and many other traditional sports are becoming less popular and it seems that they have not been able to adjust to the preferences of the current time. Therefore, the IOC must be a driving force for innovation in traditional sports – otherwise these will disappear through lack of interest. Innovation is not only a question of media and technology, but also of the sports rules, as young people hate long, boring competitions with predictable results and actions they do not understand – and  hence can’t understand why a point counts or not. Fan engagement must be raised to a new level to secure relevance – it should also be mentioned here that technology, such as Blockchain solutions, can play an important role in achieving this goal.

Talking about technology, it is inevitable that new types of sports will have to be recognised by the IOC. For instance, Olympic Games without e-sports are unthinkable in future. E-sport athletes giving a very good example of how to be global influencers, promoting their e-sports so extensively that e.g. in Asia, e-sports have gained a bigger audience than traditional sports.

Additionally, the Olympics can no longer expect cities to adapt to the needs of the Games, but the Games need to adapt to the cities. Otherwise, the financial burden for cities will lead to a situation where the Olympics won’t find hosts anymore. This includes an ecological aspect as well. Today it is unacceptable to do extensive harm to nature, as it has occurred for example in Sotchi and in many other cities. Sustainablity and ecological responsibility must become the driving forces for the future of the Olympics.

And finally, all this must be seen in the light of an acceptable financial framework. The smart integration of sponsorship needs to be achieved, while keeping the Olympics the only non fully commercialised sports event, hence keeping  achievement as the most attractive goal for athletes. If the acceptance of athletes vanishes, the Olympic Games will vanish as well. 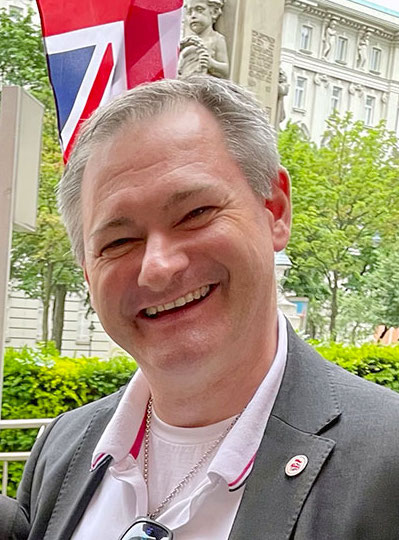 Jochen Ressel is a Board Member of the Austro-British Society. He worked several years for a UK company and its HQ in London. Currently, he holds the position as COO of SoccerCoin, a FinTech company active in the field of sports.