Where is the limit?

The 2022 Winter Olympics, officially called the XXIV Olympic Winter Games and commonly known as Beijing 2022, are history with a record of 109 events over 15 disciplines in seven areas of sports. For Austria, the Games turned out to be very successful, with 18 medals, 7 of them in Gold, 7 in Silver and 4 in Bronze, resulting in rank 7 in the medal table. The Russian Olympic Committee finished on rank 9, although with 32 medals in total but only 6 of them in Gold – and an expected Gold one was lost after being rated as a safe bet, but turned out to be the „Tragedy of the Games“.

Only 15 years of age, but already European Champion and internationally hailed as the talent of the century, the Russian ice skating girl Kamila Valieva should become the tragic hero of the Games. The entire world of experts expected her to win the Gold medal, and it was only the question if her teammates of the same training group would succeed on rank 2 and 3 or if any other nation may break the overwhelming team.

But all of a sudden, she was accused of doping during the Games, after a preliminary positive drug test from a sample 2 months (!!) before the Olympic competitions, resulting in that Valieva being given a provisional suspension. Her mother gave testimony at the hearing in front of the CAS (Court of Arbitration of Sports) that her daughter took medicine because of heart variations which caused the positive doping test result. Nevertheless, the CAS allowed her to compete in the women’s singles event, so the storm began.

The entire sports world discussed prior to the competition if the strong regulations should be weakened due to the fact she is only at the age of 15 and hence a minor and why the International Olympic Committee (IOC) officially admitted that in case she wins the competition, the medal ceremony may be delayed until the final result of the investigation is available, which would cause uncertainty for all other competing athletes. All this caused huge media attention – in traditional media as well as in various social media channels – with lots of rude attacks addressed to Valieva.

The pressure from the press and the broad public had become massive when she entered the free skate competition after placing first in the women’s short program. The world witnessed a mentally broken girl failing to execute her jumps properly and leaving the ice rink in tears. Heartbreaking pictures were broadcasted worldwide, Kamila was broken, and her trainer did not show any understanding or consideration but asked her why she gave up after the first failed jump.

There are still ongoing discussions about letting such a young girl compete under that kind of pressure and risk breaking her. Where is the limit of stress an athlete should be asked to carry?

The disappointment of Mikaela Shiffrin.

But also on the US side, there should be a tragic hero of the Games, speaking about the most successful alpine skiing lady of all time: Mikaela Shiffrin. She won more Worldcup races than any other female athlete before, and she won whatever an athlete can win. But these Olympic Games should change that, and the almost 100% sure medals in the Slalom and Giant Slalom competitions vanished already after a few gates, after which she stood on the side of the slope in disbelief and disappointment for minutes, trying to realise what had just happened.

But the drama continued in the alpine combi competition. After an intense downhill, in which she takes half a second off Wendy Holdener and Michelle Gisin, she again failed after just a few slalom gates. „I don’t understand it. I really don’t. I feel like a joke,“ she says in the finish area. And the public reacted instantly, as many in the USA thought Shiffrin would easily win five Gold medals. She was now being pelted with insults from her homeland on the net. „Stupid blonde,“ writes one. „Your time is over. Step back,“ another. „You’re a disgrace,“ finds one user.

Was the total failure the result of too much mental pressure – not only from the public but also of the stress she has put upon herself?

Sport as a mirror of our society.

The disturbing images of the events described above should make us realise that sport is a mirror of the concept of values in our society. It is all about performance at any price in sport and many other jobs. Expectations become higher and higher, especially in the face of success, and goals seem more and more unattainable.

As a part of a whole society, we must inevitably learn that it is normal and okay to fail. As a former athlete – albeit at a very modest level – I can confirm that you fail very often until success happens. The greater the success, the more we forget about the learned way of dealing with disappointment until failure finally achieves the aura of a catastrophic disaster. But it is the failure that makes us learn and get better.

As a mirror of society and as a role model, sports institutions and the media need to think hard about how they deal with and report on the failure of athletes – all the more so when it comes to childhood athletes – a development that also needs to be questioned. And all of us who use social media are part of this media society because we also make an opinion with every post. 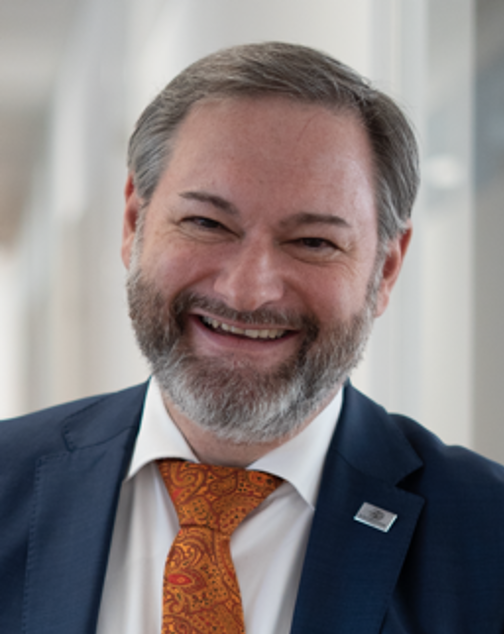 Jochen Ressel is the Secretary-General of the Austro-British Society. He worked several years for a UK company and its HQ in London. Currently, he holds the position as COO of SoccerCoin, a FinTech company active in the field of sports.