Always news around the car

Yes, it was really buzzing – the automotive industry in the 60s and 70s. Somehow it became clear that the car would be the product of the century. As a newcomer to the job market, there was almost no getting around it. The car manufacturers positioned themselves with branches in Vienna and Salzburg, the international oil multinationals formed around the Schwarzenbergplatz, also known as the Ölplatz (Oil Sqare) in industry jargon. The offices of this headquarters were all located in the magnificent buildings around the Palais Schwarzenberg, an exciting contrast to the very young and modern business activity.

At the time, the social benefits of the international companies were pretty much the best that was offered on the market: career opportunities in Germany and abroad, of course, corresponding performance-based pay as well as a company car and even then a company pension depending on job classification and company affiliation. A well-maintained corporate culture, respectful dealings both internally and with partners and authorities, an economically prosperous and stable market development and the best of many worlds allowed many employees to stay with the company for over 40 years. Sceptics from back then and the esteemed Club of Rome predicted the end of oil at the turn of the millennium, and here too, the old wisdom was confirmed – „To err is human …“

“Only flying is more beautiful”

That was a legendary advertising slogan from a premium car manufacturer. Indeed, my first flight to London and the visit and introduction to the Castrol Head Office in 1971 were more than impressive. The British Airways crew was very motivated, and there was champagne, salmon fillet and gin and tonic. The pick-up in the Jaguar Limousine Service fit well into the comfort zone. In the evening, there was the culinary premiere in a restaurant in the posh district of Mayfair: rack of lamb with mint sauce.

The next day after business, Carnaby Street was hip – somehow London was ahead of its time, also in terms of traffic. Many colourful minis moved between beautiful, large limousines tailor-made for downtown traffic. An early realisation that big cities will reach their spatial limits with the booming motorisation. When the “space miracle” Mini was also able to win the Monte Carlo Rally as the Cooper S – lubricated by Castrol, of course – the icon was perfect.

… was another advertising message from a well-known manufacturer. The car world in the early 1970s became much more colourful: Blood orange, lemon yellow, viper green mixed up the previous light / dark scene properly.

The end of the VW Beetle was in sight, but with the help of the up-and-coming tuning industry, things were really pimped up again. Wide tires on aluminium rims, sports exhaust, leather steering wheel and stereo system have been retrofitted. Away from pure transport – with vehicles, the fun and the possibility of limitless freedom were thoroughly enjoyed. Motorsport was very popular as an image booster for speed and dynamics. A lot of international brands from different industries were on board. Formula 1 developed into a multi-million dollar global business – win on Sunday – sell on Monday – worked perfectly.

The desire for the next new car was always present; it should be bigger, faster, more comfortable and safer. The vehicle had, of course, also arrived as a status symbol with high prestige, and the marketing strategies were fully geared towards emotions.

The oil crises at that time, which mainly served to stabilise prices in the producing countries, could not stop the boom, but a change in behaviour developed in the sense of conserving resources by increasing efficiency. At the same time, it also became clear that consideration for the environment was required by reducing emissions. Petrol became unleaded, the catalytic converter became compulsory at the beginning of the 1990s, and speed restrictions were imposed in almost every country in Europe and worldwide.

Major upheavals also took place in international corporations in the 1990s. The markets no longer grew as they did in the past, and cutthroat competition took hold. The big ones wanted to get even bigger, the strategies of friendly and hostile takeovers were implemented. Banks, the oil and automotive industries were particularly involved in mergers with former competitors, ultimately more or less successful. BMW and Rover worked just as little as Daimler and Chrysler, and divorce was eventually the only way out. Running these „super majors“, as the leading oil companies at the time were called, proved highly complex.

On the one hand, the companies concerned had all of their tried and tested structures, which later turned out to be quite an obstacle, and on the other, marketing strategies that actually stood in the way of a multi-brand concept. The goal of getting even better results than before from two merged brands has rarely, if ever, been achieved. The enthusiasm of the employees for their job and the passion for their brand were severely impaired by the clash of different corporate cultures.

The best of different worlds mutated into the cheapest under the working title „Optimisation and Restructuring“, with a lot of effort only for internal purposes. In addition, the transformation into the decarbonised environment is still pending, a considerable challenge for the entire economy.

And what about the car?

It’s gonna be so EASCY: The automotive future is Electrified, Autonomous, Shared, Connected and updated every Year. A PWC study teaches us about the five dimensions of the transformation of the automotive industry.

The car will be electrified with hopefully green electricity. Emission-free solutions for truck transport, shipping and air traffic are still being sought. Artificial intelligence will give us a digital chauffeur. It is no longer necessary to buy a car; Shared Service sends vehicles conveniently to the front door on demand. Of course, we are entirely networked with the outside world in the car, and practically a mobile office updated every year.

Well, then we can only hope that the legendary statement of the visionary ex-BP boss Lord John Browne also applies here: „The best is still to come.“ 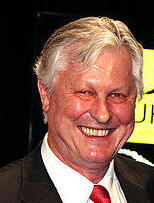 Gustav Trubatsch is a Board Member of the Austro-British Society. He made his career in the Oil business and held several top management positions in the Castrol Group which is today a part of BP.