Crime, justice & security co-operation with the EU after Brexit

Since the 1990s there has been a noticeable increase in cross-border crime, terrorism and people trafficking.  Whilst definitions vary, law enforcement agencies across the world have identified substantial increases in international crime following the end of the Cold War, the global increase in trade and the development of new technology which facilitates criminal activity. 1

The EU has developed increasingly sophisticated policy measures in response to the change in the threat level, very often at the urging of the UK.   The UK’s departure from the European Union (EU) means extensive changes in the arrangements for co-operation in the fields of crime, justice and security between the UK and the EU .2

The implications for law enforcement in the UK of these changes are important.  In particular, the UK lost direct access to a number of important EU databases, lost the right to extradite through the fast-track European Extradition Warrant and can no longer rely on EU civil law co-operation in areas such as contract and family law.  Some, but by no means all, of these gaps can be partly filled through alternative international co-operation instruments as well as through the provisions in the UK-EU Trade & Co-operation Agreement (TCA).3

This paper explains the changes to how crime and justice co-operation with the EU operates today and assesses how it compares to the pre-BREXIT position.

The main areas covered are:

The end of the Cold War, the advent of globalisation and the development of the internet all have had the unintentional consequence of facilitating the growth in cross border crime, including drug smuggling, people trafficking, terrorism and cybercrime.  The first global assessment was made by the United Nations in 2010 and since its creation, the European Police Office (Europol), the EU’s police co-operation agency, has published regular threat assessments.5

The growth in cross border crime has significantly affected the UK and British police forces have made increasing use of EU co-operation mechanisms in response; this can be seen across a range of EU policies.

By the time the UK left, it had access to “over 80% of all crime scenes and DNA samples across the EU” through Prüm(an agreement concluded in 2005 between 13 EU member states), allowing it to match crime scene data with overseas suspects.  In addition, the UK had uploaded data on about four million UK convicted persons.9

In the light of the extensive use the UK made of EU crime and justice policies, it was an important UK negotiating objective to achieve a continuing high level of co-operation after Brexit.

A medium-term issue is the question of changes in the relevant EU law.  If EU law in this field is amended “substantially” (Art. 541), then the EU can propose amendments to this part of the TCA.  If the parties fail to reach agreement on those amendments in nine months, then the EU can suspend this part of the TCA for up to nine months or extend the suspension for nine months beyond the initial suspension.  This could be important in the future as the UK has lost the influence it had as a Member State over the shaping of EU policy and in this specific field, lost its right to opt out or opt in to EU crime and justice measures that it had held since the 1997 Amsterdam Treaty.

There are many provisions in the TCA covering police and security co-operation but these provisions are on the basis that the UK is now a third country, i.e. it is no longer an EU Member State with right to participate in EU law and justice policies or to make use of its agencies and facilities.  Although the co-operation provided for in the TCA is greater than that with other third countries, the UK has lost its real time access to EU databases in several cases, which will impact on operational effectiveness.

Broadly speaking, for UK forces to now access an EU database, they must go through a national point of contact with either Europol (or other EU agency) or that of the relevant EU Member State to request the information (Art. 535).

As a member of the EU, the UK was a strong supporter of and contributor to the European Police Office (Europol).  As a third country the UK cannot be a member of Europol or be represented on its management board but the TCA does enable it to continue to co-operate and share information with it.  These co-operation arrangements enable the UK to participate in (but not initiate) joint investigative teams (JITs).  These joint teams are one of the key ways in which Europol works, enabling law enforcement from several countries to co-operate in tackling cross border crime in a specific case.  The UK and Europol will work together through liaison officers appointed to each other.  The TCA does permit data transfers between UK agencies and Europol, although the scope is more restricted than before Brexit.

Future UK and EU co-operation in the field of criminal justice prosecutions will operate in a similar way to Europol, that is, through appointed liaison officers (Art. 580).  As with Europol, the focus is on co-operation in tackling serious crime and terrorism.  The UK will appoint a Liaison prosecutor on secondment to Eurojust, there are national points of contact and Eurojust has the power to appoint a Liaison Magistrate to work with the UK .

The European Extradition Warrant arrangements have been replaced by new ones in the TCA (Art. 596).  The new process will apply where the offence exists also in state from which a person is being sought, save for certain listed offences (599).21  The principle of proportionality applies (597), to deter extradition for trivial offences.  Unlike the EAW, countries have the right to refuse extradition for their own citizens (Art. 603); so far 10 EU Member States have notified the UK that they intend to exercise this right.22  It is also possible for countries to refuse extradition for “political offences” (601(h)) but unlike the 1957 Convention, this cannot be applied in the case of terrorist offences.

TCA contains provisions for other forms of mutual assistance (Art. 633) in crime and justice.  There are measures to ensure co-operation on the financing of terrorism.  In addition, co-operation on cyber security will continue with the UK able to work with the EU’s Cyber Security Agency.

The parts of the TCA concerned with crime and justice have their own dispute settlement provisions (Art. 695 et seq.).  In principle, the aim is to settle disputes by mutual consent, beginning with consultations and then reference to the Specialised Committee on Law Enforcement and Judicial Co-operation and/or to the Partnership Council.  These bodies can resolve the matter by agreement.  If they are unable to do so, the parties can suspend use of part of the relevant parts of the TCA with three months’ notice.  The crime and justice part of the TCA may be terminated “at any moment” (Art. 692) by either party giving nine months’ notice of their intention.  The crime and justice provisions would also lapse if the UK left the European Convention on Human Rights.  The European Court of Justice remains the ultimate arbiter on all EU law, including crime and justice legislation and related treaty provisions, as far as it affects EU Members States and EU institutions.

Three EU regulations (known as the Brussels Regulations) cover important aspects of commercial and family law, including parental responsibility and maintenance.  The value of these regulations lies in the ability to resolve disputes involving cross border businesses or families and to ensure that judicial decisions are enforced.

The UK has applied to join the Lugano Convention, which dates from 1988 and provides for jurisdiction by civil courts and the enforcement and recognition of judgments across its member countries (at the time all members of the EC or EFTA

The crime and justice co-operation part of the TCA has been described as “thin”24But the co-operation is certainly better than a no deal outcome would have been.  The result of the negotiations is a mixed picture with the UK maintaining good levels of co-operation in some areas (e.g. Europol) but losing important capabilities  in others and impaired co-operation over extradition.  The positive elements include:

The negative aspects include:

The question of data exchange has central importance.  It is not simply a question of the EU’s initial decision about whether the UK’s national laws on data protection and data security were adequate.  To maintain crime and justice co-operation the UK will have to ensure that its data standards match those of the EU on an on-going basis;

As regards civil and commercial law co-operation, the absence of any provision for it in the TCA represents a significant blow to many families and businesses, both in the UK and the EU, as it will make common but personally important disputes more difficult to resolve.  The alternatives available do not cover all the same ground and it remains uncertain that the UK will be able to accede to the Lugano Convention.  As one leading law firm has put it, the UK has chosen a “hard Brexit” on civil law co-operation.29

Are there opportunities for strengthening future co-operation?  Could the UK expand the current agreement to cover more areas or to deepen existing co-operation?  Technically the answer to both questions must be “yes”.  In the field of crime and justice, the UK Government has shown a desire to maintain existing co-operation and as the needs of police and other agencies evolve, both in the UK and the EU, co-operation could be further developed and perhaps expanded.  A lot will depend on the extent of operational co-operation at working level and whether that builds trust.

In summary, he provisions in the TCA for future co-operation in the field of justice & home affairs between the United Kingdom and the European Union are in principle quite promising . Everything will depend ,however  on the political will and mutual trust on both sides to live up to the goals and aspirations for a common future in Europe. 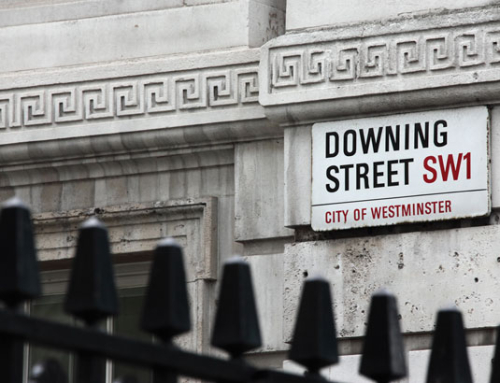 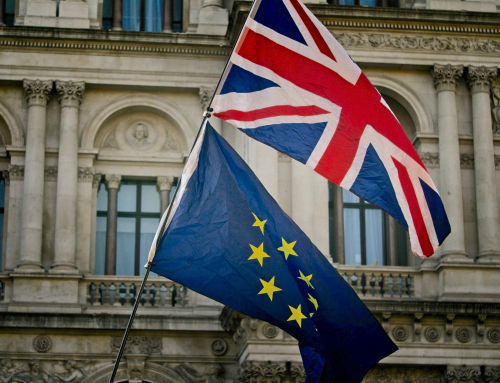 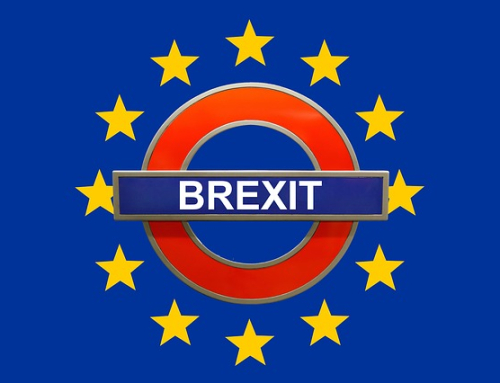 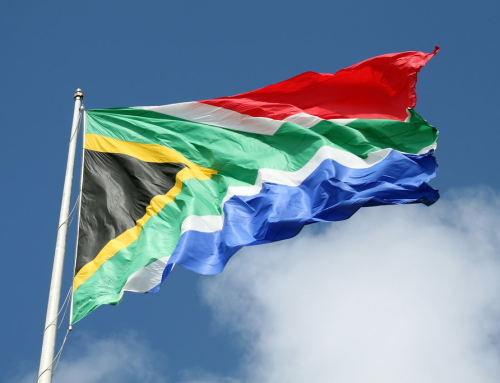